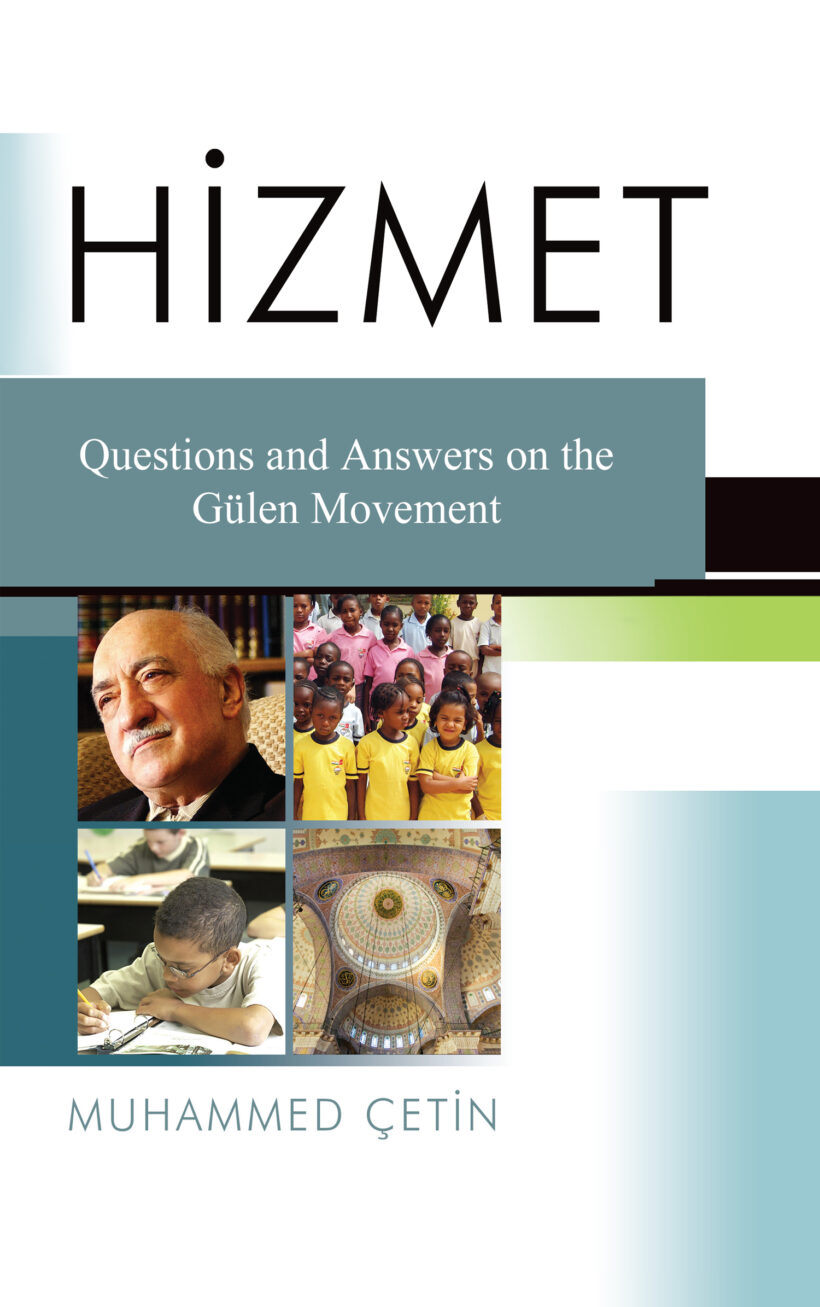 Hizmet: Question and Answers on the Gulen Movement

“Dr. Cetin, who defines the Gulen Movement from a sociological perspective, states that the Movement has for the past two or three generations grasped the depths of ‘Islam without borders.’ It has put its principles into practice with the power of trust, compassion, sense of belonging, and interfaith dialogue. Dr. Cetin has given the world of religion a ‘must-read’ of historic proportions.”
Coval B. MacDonald
Emeritus Professor of Psychology and Religion

This book is about a contemporary social phenomenon which is known by a number of different names: “the Volunteers’ Movement”, “the Service Movement” or just “Hizmet.” Hizmet is also often referred to as the Gulen Movement by researchers and journalists, using the name of the Islamic scholar who inspired the Movement, Fethullah Gulen.

The Movement originated in 1970s’ Turkey as a faith-inspired initiative to improve educational opportunities for a local community; since then, it has grown into a transnational educational, intercultural and interfaith movement. It is estimated that participants number in several millions. Hizmet has securely established respected institutions (of different kinds, but mostly schools) on every continent revealing the capacity of an Islam-inspired movement to mobilize huge numbers of religiously minded and observant individuals not only to accept but to cherish a secular, pluralist, democratic social and political order.

Hizmet has attracted a great deal of academic attention in recent years. This book is intended to summarize and represent the conclusions of much of that academic work in a manner more easily accessible to the lay person or non-specialist.

Muhammed Cetin received his PhD in Sociology from the University of Derby, UK. He worked as lecturer, Vice Rector and Ministerial Adviser in Turkmenistan from 1992–1997. He also taught at the universities of Texas, Houston, and East Stroudsburg between 2003 and 2011. He was the President of the Institute of Interfaith Dialog, USA, from 2002–2008, and he has served as organizer and speaker for a number of interfaith conferences and intercultural activities. For several years he wrote a regular column for the international daily Today’s Zaman in Turkey.

Be the first to review “Hizmet: Question and Answers on the Gulen Movement” Cancel reply